Lomonosov Porcelain Bone China Tea/Coffee Cup and Saucer Set is made at the Russian Imperial Porcelain Factory in St. Petersburg, these commemorative cup and saucer is decorated with drawings of the novella - The Little Prince. This Tea/Coffee Set will make a wonderful gift for friends or children.
About Characters:

The novella is one of the most-translated book in the world and was voted the best book of the 20th century in France. Translated into more than 250 languages and dialects (as well as Braille), selling nearly two million copies annually with sales totaling over 140 million copies worldwide, it has become one of the best-selling books ever published.

After the outbreak of the Second World War Saint-Exupéry was exiled to North America. In the midst of personal upheavals and failing health, he produced almost half of the writings for which he would be remembered, including a tender tale of loneliness, friendship, love, and loss, in the form of a young prince fallen to Earth. An earlier memoir by the author had recounted his aviation experiences in the Sahara Desert, and he is thought to have drawn on those same experiences in The Little Prince.

Since its first publication in the United States, the novella has been adapted to numerous art forms and media, including audio recordings, radio plays, live stage, film, television, ballet, and operatic works. 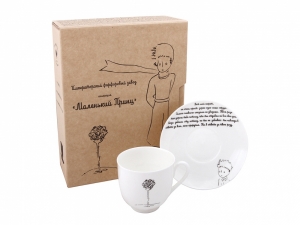